A few years back I worked for the local cable TV company in field service. I was one of the guys that got to go to customers homes to install, service video, voice, and data service. Part of my job was to track down cable leakage to assure compliance with FCC regulations regarding signal leakage. During that time, I was a Technician Class Radio Operator and had been for several years. With the knowledge of how radio frequencies work, I had gained an advantage over the rest of my co-workers.

One day, I received a call from my supervisor informing me that all my work for the rest of the day had been reassigned to another Tech. He explained that we had an interference problem involving a Ham Radio Operator and that all my other co-workers had been unable to figure it out.  So, it was now being assigned to me. 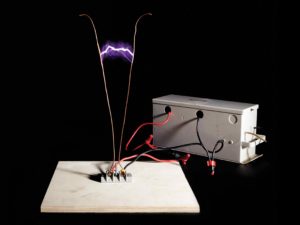 The radio operator was waiting for me with his HT in his hand. I knew this was going to be fun. So he takes me to his shack and shows me a mobile radio setting on his desk, and sure enough, there was a very loud sound that I will never forget. It sounded like a Jacob’s Ladder, with a lot of bass added to it.

We then go outside into the backyard and walked up to the side of the home where his electric meter and cable audit control box is located. He uses his HT and puts the antenna right up against the coax cable line and the interference signal is very strong. He was trying to convince me that the interference was coming from the cable line. Having been in the cable industry for over 10 years at the time, I had learned a thing or two about how a signal can ride on the cable line for miles on the outer conductor. I proceeded to show the Ham how the same noise was present even on the power lines.

I then went back to my work van and pulled out my HT and Arrow Antenna. I just happen to have it with me for those times come along and I was not busy and wanted to make the occasional Amateur Satellite contact. This impressed the Ham because now he knew he was talking to someone who knows what’s going on.

I hooked up my radio to my antenna and the signal was very strong right in front of his house that I could not get a bearing on the direction of the noise. So I told the Ham that I was going to go around the block to try to triangulate the source of the problem.

Going around the corner, and up the street, I was able to get a good bearing indicated by the red line. I drove up the street to get a second(Green Line) and then a third(Blue Line) bearing. It was right across the street from his home. 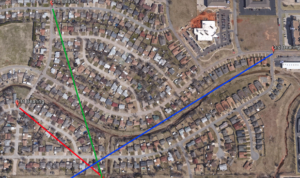 We went up to the neighbor’s house and rang the doorbell.  I was able to make contact with the homeowner and explain to him why we were pointing our antennas toward his house. He was very understanding and permitted us to access his home. Going over some basic things, we begin to ask about any new devices which he may have purchased, but nothing made the red flag go up. So the homeowner allowed us to systematically turn off each breaker in his home’s electric panel. We then found the one circuit that served the offending device. It was in the front bedroom of the home. Or so we had thought.

I was hoping to find a grow light, a battery charger, or some crazy electronic device. But there was nothing fancy in the room. Just a computer, a lamp, and a small alarm clock.

So after about 30 minutes had gone by we had found nothing… I walked outside to swing my antenna around and act like I know what I am doing because I am at a loss at this point. Finding nothing to help me, I go back to the house and notice that the doorbell button light is not lit up. I asked the homeowner about their doorbell and he said that it was replaced just a few weeks ago because it had stopped working.

BINGO! It must be the doorbell!

So that is where I had to stop. I was for sure it was nothing cable tv related. So I left it with the amateur radio operator to work things out with his neighbor. 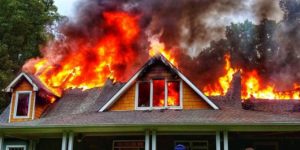 Afew weeks later I met up with the Ham to find out what he had discovered. He worked with his neighbor and was given access to the attic where the doorbell transformer was located. He found the old one was still being used and it was very hot to the touch! In fact, it was too hot to touch and was quickly becoming a fire hazard. He disconnected the power to the transformer and allowed it to cool before removing it. We all agreed, and are certain, that if this transformer had continued to be used, it would have resulted in this man’s house being involved in a fire. This proves to be a potentially life-threatening situation since the homeowner was elderly and unable to get around very well.

It is very humbling to know that my hobby and my knowledge of radio direction-finding technique enabled me to help find and stop a very real, life-threatening situation.

You never know when an annoying buzzing on your radio could be the signal of a much more serious and dangerous situation.

I want to thank Mike R. KE5EQC for allowing me to tell this. He was the Ham in this that I assisted in locating the source of interference.